Join as a Pro 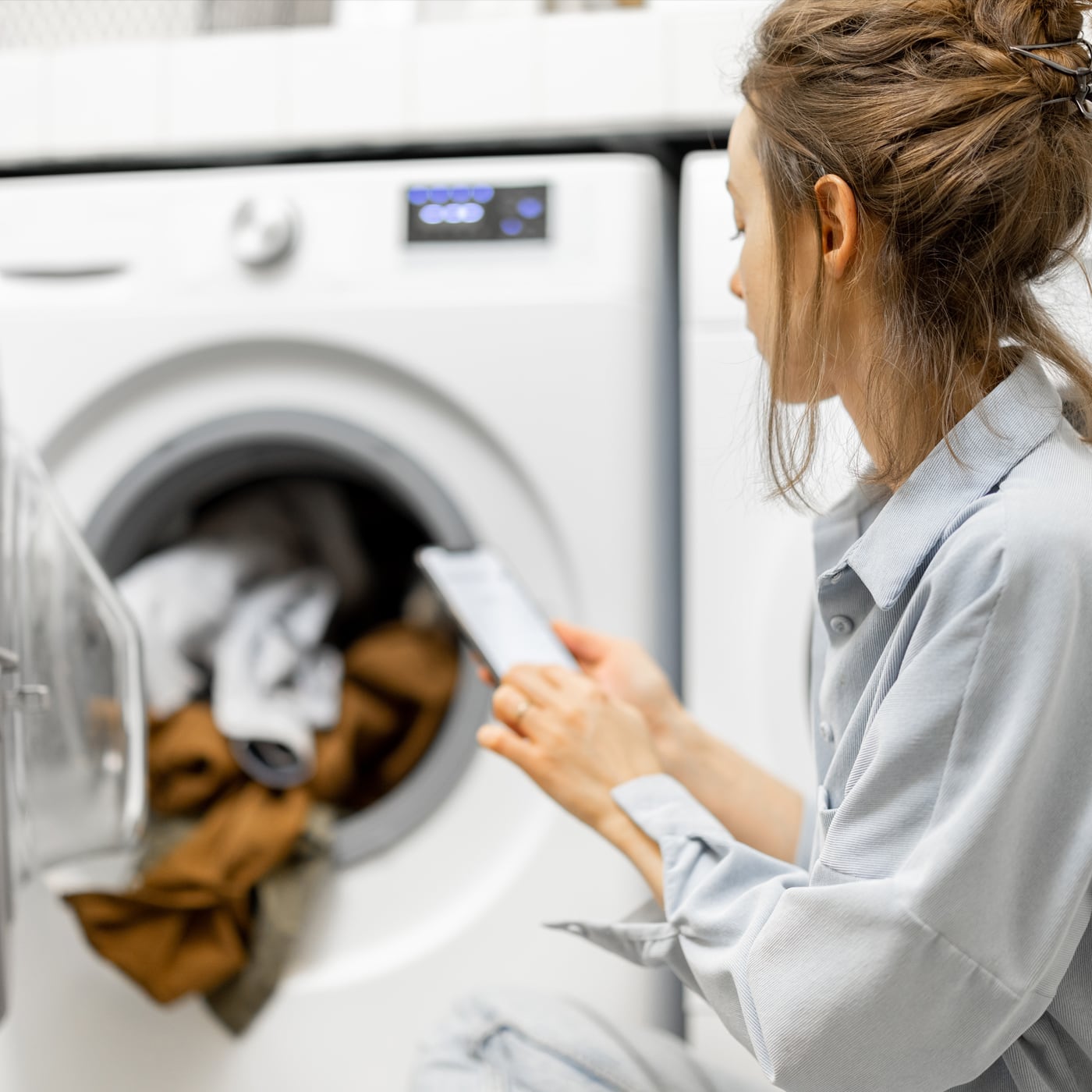 Why Is My Washing Machine Making Noise?

John Turpin is our resident home service repair expert here at Service Direct. He’s got the knowledge and experience to help homeowners like you make sense of most home repair issues. And with Service Direct, we connect you with top-tier service professionals to help with any repairs needed.

Learn How to Fix Your Noisy Washing Machine

A washing machine is an incredibly useful household appliance often taken for granted. Most of the time, we don’t take a second to check our washers until they start making noises or show other signs of a problem. And when that happens, the inconvenience makes us realize just how important washing machines are in our lives.

So, the question is, “what do you do when your washing machine is making a loud noise?” Can it still be used? Or fixed? What’s making your washer grind, rattle, whine, squeak, or vibrate? A noisy washing machine isn’t a complicated issue, but it’s annoying and can lead to further damage. It makes it important to know what’s causing the noise and what you can do about it.

Most Common Causes of a Washing Machine Making a Loud Noise

There are various possible reasons behind a washing machine making a loud noise. Knowing the cause should help you know what to do to fix it and restore your washer. Most of the solutions to a noisy washing machine are simple enough. But if you’re not very familiar with the appliance’s workings, it’s safer to just let a professional handle it. If not, you can try the fixes mentioned in the following common causes of a noisy washer:

A washing machine making whining noises or squealing sounds is likely because of worn motor bearings. You can check if this is the problem with your washer by removing the belt located at the drive pulley and then turning the appliance to a spin cycle. After doing this, switch the device on and listen for the sound. If it’s still there, then the problem is indeed the motor bearings.

What if you don’t hear any sound? The next thing to do is to check for foreign materials in the drum’s drain holes. Look for nails, screws, paper clips, and metal objects that could have scratched the outer drum and caused the whining noise. These items could get lodged between the drum and the tub. Removing them should fix the noises.

If your washing machine is making high-pitched noise while it fills up with water, the possible cause is the supply valves not opening fully. When they are fully open, you shouldn’t hear the noise anymore. But they might not fully open if something is blocking the valve screens, such as silt perhaps. This causes the water to hum as water forces its way through the debris.

Some washers also produce high-pitched sounds during the break-in period. It’s often not worrying because the noise usually goes away after five or six loads. But if it doesn’t, we suggest calling the manufacturer or the store to have them repair or replace it.  Another instance of high-pitched noises coming from a washer is when the tub bearings need a replacement.

In the instance of a washing machine making grinding noises while filling and draining, but not spinning, there’s a good chance it’s because of a broken or damaged motor coupler on the driver washers. This motor coupler is just like the belt, connecting the tub and the transmission so that it agitates or spins.

In this case, the solution is to replace the broken part. This should fix the noise whenever you use the washer, now spinning like it’s brand new. If you have some idea of the inner workings of a washing machine, you can probably take a DIY approach to this. But if not, it’s best to call a reliable appliance repair contractor to handle it.

Our resident home repair guru, John Turpin, has provided a list of common reasons your washing machine might be making weird noises or sounds, along with some suggested solutions and DIY tips to get them solved.

Rumbling noises are quite common in many washers after they start moving. This often happens in washing machines with a load that’s too heavy. It’s likely because the machine’s agitator dogs are slipping due to wear. If not replaced as soon as possible, these dogs will sustain further damage while the noise worsens.

Another possible cause of a washing machine making rumbling noises is a worn drive pulley. Similar to the agitator dogs, replacement is the solution for this. Two other parts that could cause rumbling noises in washers are a worn motor coupling and the tub bearing. Whichever is the actual cause of your noisy washer, replacing them should eliminate the noise.

Debris in the lint filter could cause rattling noises coming from the washer. This is a problem that’s relatively easy to fix – just clean the filter and the noise issue is gone. There could also be other items ricocheting inside the tub while spinning, such as nails, coins, buttons, and screws. Be sure to check the inner and outer tubs where the items could be trapped.

Loud banging noises are among the most common types of noises that come from washing machines. They’re usually because of an unevenly distributed load or a load that is too heavy. The solution, therefore, is to shift or remove some clothes from your load. However, there are also other possible causes, like worn suspension rods, damaged counterweights, or broken spider arms.

For these issues, the solution is most often to replace the broken, damaged, or cracked parts. If you are familiar with how washing machines work and their inner parts, you may be able to replace the part that needs replacement. But if not, call a professional appliance repair technician instead.

There are a few things that could cause a washing machine to make vibrating noises. It could be a damaged failing motor, transmission, or spin basket. In the case of the drive motor, it also usually includes a burning smell. This could be problematic, so it is better to let a professional inspect your washer and replace the failing motor.

The vibrating sounds could also be due to a direct drive coupling that’s starting to malfunction. The drive coupling is an important part as it transfers power from the motor to the transmission. But like other parts, it could become worn in time and that leads to slippage. The vibrating noise is a result of the drive coupling slipping, which can be fixed by replacing the part.

Is It Safe to Use a Washing Machine Making a Loud Noise?

Yes and no. It’s relatively safe to use a noisy washing machine. It’s unlikely to blow up. However, using the machine while there’s clearly something wrong with it will only cause it further damage. It could eventually leak, leading to water damage. Or, it could suddenly stop working. If you want to extend the lifespan of your appliance, it is always best to get it repaired as soon as you notice a problem.

How Do I Make a Washing Machine Drain Quieter?

It’s natural for a washing machine to be a little bit noisy when it drains, usually just a gentle humming. But if you want to further minimize the noise coming from the washer, the way is to make sure that everything – the pump and other parts – are all in good condition. It also helps if the drain hose leads straight to the standpipe.

Should I Try Fixing the Washing Machine by Myself?

It is not a great idea to attempt fixing a washing machine on your own, especially if you don’t know what’s wrong with it. You may try the simple troubleshooting tips mentioned in the owner’s manual. For your safety and the assurance that a washing machine making a loud noise will be fixed, it is best to call for a professional’s help.

The methods above are effective DIY tips to investigate, diagnose, and repair a washing machine that’s not making strange noises. But if you still have problems with your washing machine, then don’t hesitate to contact a local appliance repair pro using the phone number or form on this page.

Let’s connect you to a top-tier local service professional

Get a Quote Today

Your project has been sent to a top-tier local service provider who’ll be in touch soon to take the next steps.